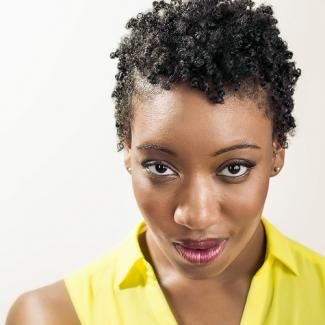 Hettie's choreography and performances has been seen on NBC, MTV, VH1, BET, International Wow Theater, 60x60, Solar One, The Lincoln Center Out of Doors Festival, The Ailey School and Dance Chicago. Being immersed in a jazz/blues influenced area, Hettie translates her environment and up-bringing into her movement almost flawlessly. Her creative movement is a vision that everyone should experience. Living both in New york and Los Angeles to work on her debut album, set to release in 2012. She is currently choreographing for different projects and is planning a concert through her company, The Just Movement Collective. Hettie remains active and continues to return to the metropolitan area of St. Louis, MO and hometown, East St. Louis, IL to give back to her community. She is also a member of A Long Walk Home, Inc. is a 3 year non-profit organization that uses art therapy and the visual and performance arts to document, to educate and to bring about social change. Providing safe and entertaining forums through which the public learns about healing from trauma. (Rape and Violence) Hettie shares with them what has been given to her - - a passion for the arts, a love for dance and a listening ear.