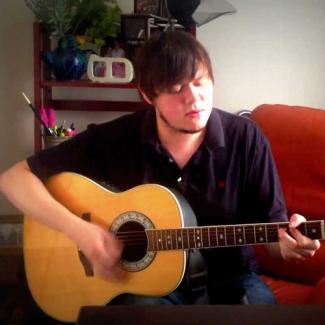 Originally from Scotland, Jamie is a classically trained Opera singer who, at just 23, has landed numerous leading roles in prominent shows including: Normanno and Arturo in Donizetti's LUCIA DI LAMMERMOOR, Morales and Le Remendado in Bizet's CARMEN, and the role of Ralph Rackstraw in Gilbert and Sullivan's HMS PINAFORE.

Jamie's ultimate goal is to create an appreciation for all forms of music, regardless of genre or disciple. Jamie, a tenor, can bust out an operatic ballad on a whim, but he also jams out with a smattering of rock bands, playing at bars and restaurants around NYC. A talented guitar instructor for people of all ages, Jamie is an all around music maverick who plays multiple instruments, works at the infamous Sam Ash, and acts as Music Director to specially selected NYU performances.

The Ballad of Milt Famey || Tenor