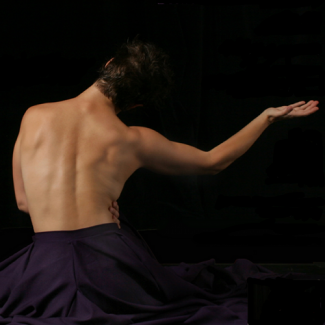 Jessica Tupa received her B.F.A. cum laude, in Dance (OSU, 2001) after working as a principle dancer and assistant to the choreographer, with Dance Theatre Northwest for several years. Since graduating from OSU she has been pro-active part of the dance community of Columbus Ohio, dancing, teaching and making dances, which often derive from anthropological an internal perspectives. Jessica has danced with several local choreographers and served on the board of Columbus Movement Movement as secretary and vice-chair. She is in her sixth teaching season at Dublin Dance Center and Gymnastics and her third year as an adjunct faculty at Capital University. Jessica’s earliest training started in classical Ballet. As a youth she studied with Jan Collum and then William Christiansen. Later, Character Dance, Jazz, Modern, Hip-Hop, stilting and many traditional and ethnic dances were added to her diverse movement background. She is an award winning mime. In the fall of 2007 Jessica started her dance company TUPACO Dance, a conceptual affiliate to her wellness class TUPACO, a class for all body-types and age groups, based in movement, body therapies and visualization. TUPACO Dance presented their first full-length dance concert @ CDT’s Fischer Theatre, in Oct. of 2008 (with support from DDC&G and the GCAC). (See the Alive! paper October and December 2008).  Jessica believes that personal expression and educated self-care create opportunities for health in the mind, body and spirit for people of all ages and physical ability. She remains committed to bringing dance, as an activity and an Art form , to participants and audiences wherever possible