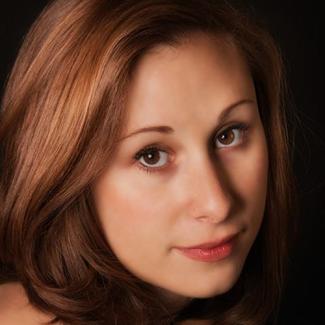 Maika Van Oosterhout is from Harrison, Michigan, and holds a Bachelor of Music in Voice Performance from Central Michigan University. Recently, she has made her professional debut in Ann Arbor as Hope Cladwell in The Penny Seats’ production of Urinetown. Other professional theatre experiences in the area include South Pacific with The Encore Music Theatre Company, and Seven Deadly Scenes with From Around Here Productions. Operatic credits include Rose Maybud in UMGASS’s production of Ruddigore, Lucy in The Telephone, and Nella in Gianni Schicchi. Maika has also performed with the College Light Opera Company, and the Comic Opera Guild, among others. Her accomplishments include winning the Dees Vocal Competition and receiving an honorable mention in the Kalamazoo Bach Festival Competition. Maika seeks now to further her skills in musical theatre and acting as well as classical music, to become the epitome of a crossover artist. She is dedicated to finding sincere and honest expression through acting and music.