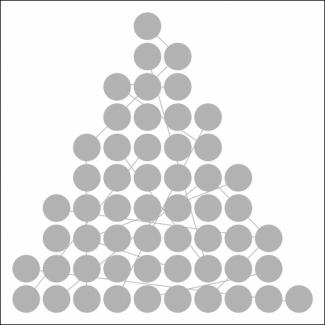 Imagine that you are standing on a street corner, feeling the world surge around you. People are moving by, bumping and jostling, as they hurry home, or to work, or to the store, or to meet a friend, or to nowhere in particular. You can hear their footsteps and their conversations; you can feel their purpose and their exasperation. Beyond them the traffic flows—carriages of metal and plastic—moving toward many of the same places as the crowd walking by. They fill the air with the noise and odor of internal combustion and punctuate it with impatient horn blasts. Beneath you, beneath the vibrations of people and cars, the world itself—the very foundation of your existence—moves and turns as it races through the void, spinning away from the place of its birth.

Imagine turning your mind inward, feeling the world course around you. You do not push it away; you let it wash by you, over you, through you. It will not sweep you away. It will not uproot you from your foundation. Outside you is noise, inside is peace. Turning inward, you step confidently into Another Dimension.