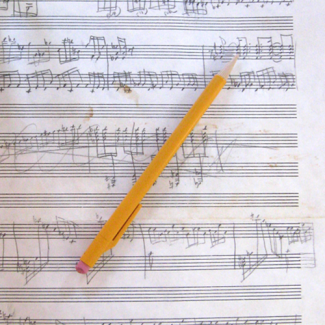 Sophie was a cat. She belonged to my aunt and uncle—as much as any cat belongs to someone. Being allergic, I am not a cat guy so one may wonder why I've written a song in memory of a feline. When Sophie passed after away after multiple surgeries there was a lot of heart ache and sadness. For me it is easier to craft a song than a heartfelt note of sympathy, this is the main reason that I composed this song.

The other reason stems from the fact that Sophie was the only cat I've met who understood me. For some reason, cats are born with a keen instinct that allows them to find those people who are allergic, or those who don't want to be covered in fur, or those who just don't like cats. I fall into the first two categories, so cats adore me—but not Sophie. She might occasionally brush against my leg to remind that I was in her house, but that was it. Otherwise she would eye me from across the room, reserving her affection for those who truly wanted and—in her mind—deserved it. And that's what I like in a cat.

Elegy For Sophie is another piece composed for my sister Anna.