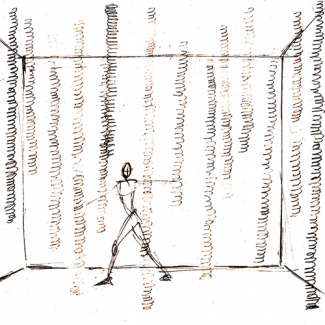 Landing was the second of these pieces (and the last we've made in the series for now.) I started the process with a music sketch, Shana built on it by designing a set for the dancers (filled with hanging Slinky toys), and Esther finished up the process with choreography.

Our blog outlines the progression of the work:
Rehearsal 1
Rehearsal 2
Tech-rehearsal