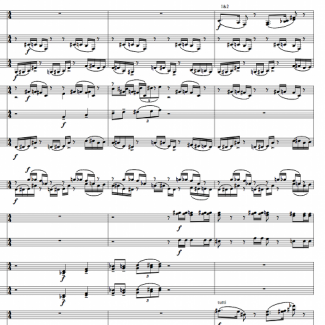 Mob Mentality was composed during the 2004 presidential election campaign. I had grown weary of the level of dialog across the entire political spectrum. The result is this caustic, sarcastic composition.

When we blindly adopt a religion, a political system, a literary dogma, we become automatons. We cease to grow. – Anais Nin

The two greatest obstacles to democracy in the United States are, first, the widespread delusion among the poor that we have a democracy, and second, the chronic terror among the rich, lest we get it. – Edward Dowling

Public opinion, I am sorry to say, will bear a great deal of nonsense. There is scarcely any absurdity so gross, whether in religion, politics, science or manners, which it will not bear. – Ralph Waldo Emerson