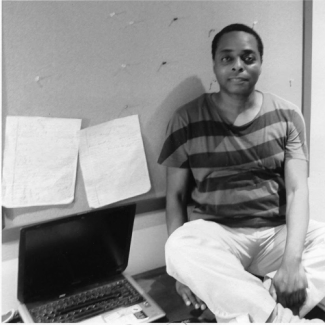 Austin Alexis, a native New Yorker, attended Queens College, Adelphi University and the Graduate Creative Writing Program at New York University, where he received a Graduate Opportunity Fellowship. He won a Bread Loaf Writers' Conference Scholarship, and received Millay Colony, Virginia Center for the Creative Arts and Helene Wurlitzer Foundation of New Mexico residencies. His poetry and short fiction works have appeared in Barrow Street, Lips, The Pedestal Magazine, The Writer and other journals. His work has also been published in a number of anthologies, including Chopin with Cherries, which has been translated into Polish. His dance, film and theatre reviews appeared in The Arts Cure (formerly New York Dance Fax) and have been translated into Japanese. One of his plays was selected for the Samuel French Short Plays festival. His poetry appears in two chapbooks, published by Poets Wear Prada (Hoboken, NJ): Lovers and Drag Queens and For Lincoln and Other Poems. He has taught at Hunter College, Long Island University and in an NEA-funded literature program administered by the Jamaica (Queens) Center for Arts and Learning. He has read his poetry at a number of venues, including Barnes & Noble, The Bowery Poetry Club and the Cornelia Street Cafe.