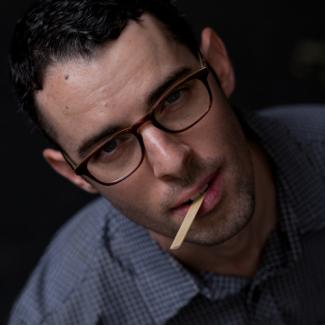 New York and Boston based saxophonist Geoffrey Landman is a performer, teacher, and advocate of the saxophone and new music. Having performed across North America, France, Germany, Scotland, Switzerland, Thailand, and in some of New York City’s most well-known music venues, he has collaborated with ensembles such as Either/Or, Talea Ensemble, the Metropolis Ensemble, Fireworks Ensemble, Opera Cabal, and is a founding member and soprano chair of the New Thread Quartet.

Geoffrey has worked with composers such as Bernhard Lang, Christian Lauba, Karin Rehnqvist, Richard Carrick, Roberto Kalb, Anthony Gatto, and Davíd Brynjar Franzson among others. Geoffrey holds degrees from the University of Michigan (BM), University of Cincinnati College-Conservatory of Music (MM), Post-graduate work at the Musik-Akademie der Stadt Basel in Switzerland, and is currently working toward his Doctoral degree at the New England Conservatory as the first DMA candidate in saxophone performance in the schools history. His principal teachers are Donald Sinta, Marcus Weiss, James Bunte, and Ken Radnofsky.