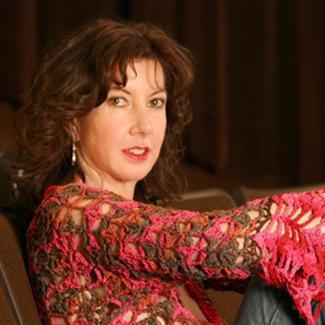 Monica Harte, most noted as the co-founder and general director of Remarkable Theater Brigade (RTB) in New York, where she launched the highly successful annual production of Opera Shorts at Carnegie Hall, revolutionized the typical, traditional medium of opera with her creation of Opera Shorts. These 10-minute operas are composed by some of the most exciting living composers of our time.

In January 2012, she was named General and Artistic Director of the Nevada Opera Association (NOA). In 2015 she was named Executive Administrator for Special Projects working in the Dean’s Office of Visual, Media and Performing Arts at Brooklyn College.

Harte’s two solo CD’s for MSR Classics label, Songs from Another Place and Long Island Songs were met with positive reviews [Fanfare Magazine said “her voice was an exquisitely controlled vocal instrument she uses to delve into the hearts of texts with uncanny powers of penetration,” and Sequenza21.com enjoyed “her bright clarion voice”] and an invitation to record the song cycle Going with Tom Cipullo for his CD Landscape with Figures.

A private voice teacher whose professional students perform with major opera houses, Harte is a member of the voice faculty at the Conservatory of Music at Brooklyn college where she teaches private lessons, a studio class and coaches an ensemble.

In the End, The Soprano Always Wins || Soprano