In the End, The Soprano Always Wins
Instrumentation: Soprano, Video
2010

In the End, The Soprano Always Wins score 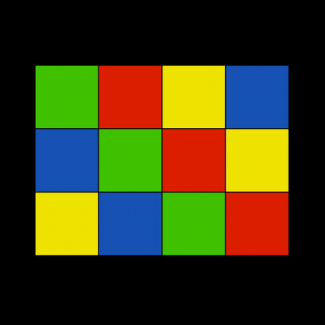 In the End, The Soprano Always Wins is an opera for soprano with video playback and a non-singing dramatic role. The story is a game show for musicians who have to repeat a pattern of notes that is played for them. The idea originated in a conversation with Monica Harte (for whom this opera was composed) when she said that she always wanted to have a piece written based on the old electronic Simon game. She thought that the patterns could get faster and faster until craziness ensued.

I liked the idea, but was at a loss for how to make it compelling as a piece of music. The idea of modeling the songs on canons seemed pretty obvious. At some point I had the idea to make it a game show. I turned to Brantley Aufill for help. He ended up writing a great script that made the whole crazy idea work.

As for the title, it was an early idea that is a reference to the many movies and television shows that follow a protagonist through a contest or sporting event or something similar. The audience knows that the hero will eventually win, so the story needs to be crafted to increase the drama along the way. I couldn't write an opera about a soprano on a game show and have her lose... so I decided to acknowledge that right up front.