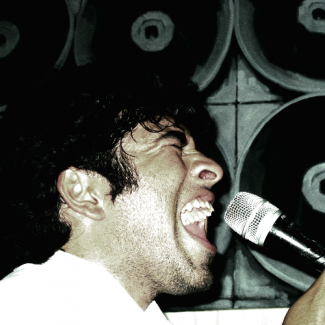 Composer Paul Pinto creates and produces experimental music and theatrical works, is a founding member of Varispeed and thingNY. His music has been performed in the International Istanbul Film Festival, Glasgow's Shakespeare in the City Festival, and by performers such as Joan La Barbara, Pauline Oliveros, the BBC Scottish Symphony, the Cuarteto Latinoamericano, loadbang, and IKTUS Percussion. His recent work has focused on new experimental opera, and has been praised in the New York Times, NewMusicBox and on Time Out New York's “Best of 2011” List. Paul has chosen to work equally with traditional instruments, unconventional sound-makers and amateur musicians, has recorded four albums and his scores are published by Deep Listening Institute. [pfpinto.com]