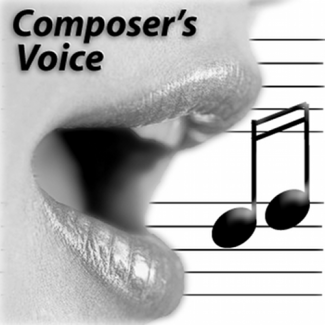 The original call for works for this concert:

Erin Bomboy, a dance choreographer, seeks music for a new dance piece. Inspired by the book, The Wisdom of Crowds, she plans to use the audience as the final arbiter for the music selection. Works should be recorded for stereo playback between 4:30 to 5:00 minutes in length and submitted as MP3 audio files.

The process will unfold in three parts.

Composers may submit 4:30 to 5:00 minutes of material using the parameters and general outline listed below.

5 semifinalist compositions will be selected. They will premiere in live performance at Composer’s Voice on Sunday, November 18th at 1PM featuring Bomboy’s choreography. The movements of the dance will not be altered although speed, movement quality, and performance quality may change based on the dancers’ response to the music. Videos of the piece will be made available to the public. Interested parties may vote for their favorite music/dance combination.

The composer who obtains the most votes wins the commission to finish the piece (another 4-5minutes) and a $250 PRIZE! The full piece will premiere as part of Movement Research’s Open Performance series on January 23rd at 8PM.

The piece will involve two female dancers exploring the idea of a parallel universe. The dancers will confront the ramifications of encountering your personal duplicate. The performances will perform in pointe shoes but not dancing in a balletic style.