Dan Rose was born in Oskaloosa, Iowa, in 1940. In 1973, he received a PhD in anthropology from the University of Wisconsin-Madison. Dan’s dissertation was supported by the University of Pennsylvania Center for Urban Ethnography and resulted in a book entitled Black American Street Life: South Philadelphia: 1969-1971, a narrative of public life in an American city in the years just after Martin Luther King’s assassination.

Rose joined the faculty of the Department of Landscape Architecture at the University of Pennsylvania in 1974. In addition to his teaching, he consulted to State Farm Mutual Insurance Companies, re-designed automobiles, and began developing artist books.

In the 1990s, he created well over a hundred one-of-a-kind artist books distributed by ICA and Serpentine Galleries in the UK and Printed Matter in New York City. In 2016 his entire artist book archive was gifted to the Kislak Center for Rare Books and Manuscripts at the University of Pennsylvania at the completion of his solo show there, Arbitrary Pleasures.

In 2009 Rose began experimenting in his studio with how people visualize in two and three dimensional distorted visual fields. He has used pictures, primarily of the faces of fashion models, celebrities, and political figures. In collaboration with r3c3, he furthered experimentation in making 3D pictures from her 2D photographs utilizing the images that she took. They frequently exhibited their work in Philadelphia.

His artist book, Drawings, a compilation of work spanning decades was published in 2018 and received in Philadelphia a Judges Choice Award from AIGA, the professional design association. Concentrating on just the human face he published an artist book, Faces, in 2020 compiled of recent paintings and drawings. 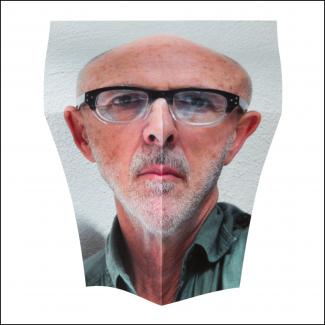