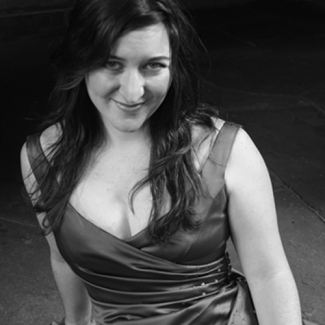 A native of Washington State, Jenny Ribeiro has been performing since childhood. After studying voice at Central Washington University, she gained professional experience in Seattle (Maria - Sound of Music, Hodel - Fiddler on the Roof, and Mary Jane - Big River) before heading to New York City in 2008. Ms. Ribeiro has specialized in new works on both coasts, creating the roles of Amy (The North Arcade) and the Cat (Jack Prelutsky's Something Big Has Been Here) in Seattle and The Composer (The Two Cents Opera), Alice (Wonderland), Aphrodite (Sappho in the Mix) and Martha (Thomas Pasatieri's God Bless Us Everyone) in New York City.

In the 2009/10 season, she made her debut with several opera companies, including Village Light Opera, Opera Manhattan and Opera Regina and joined the production team of the new music company Alphabet Soup Productions as the Artistic Director of Opera and Artist in Residence. She also made her Bard Summerscape Festival debut in Franz Schreker's Der Ferne Klang.