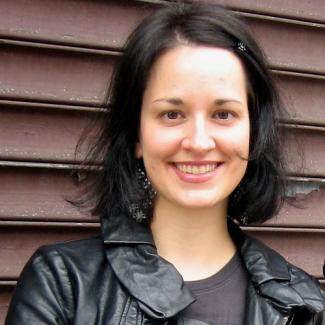 Violinist Lynn Bechtold has appeared in recital throughout the U.S., Canada, Holland, and Switzerland. An advocate of contemporary music, she has worked with composers such as Gloria Coates, George Crumb, John Harbison, and John Heiss, and has premiered works on the Princeton Composers' Series and Composers Concordance. In 2001, she gave the premiere of "Violynn," a work for violin and electronics written for her by Alvin Lucier. As a chamber musician and member of the Lumina String Quartet, she has also performed in Italy, Japan, Russia, and Ukraine. She has performed with the Absolute Ensemble, the East Village Opera Company, the New York Symphonic Ensemble, the SEM Ensemble, the Paul Taylor Dance Company, and the Vermont Symphony. Festival appearances include Kneisel Hall, Pacific Music Festival, Scotia, and both Spoletos, among others. Her performances have been broadcast on CBC Radio, CBS TV, and NHK TV.

An active performer, Ms. Bechtold has performed at diverse venues such as Alice Tully Hall, the Blue Note, CUNY, the Frick Museum, the Harvard Club, Joe's Pub, the Kosciuszko Foundation, Merkin Hall, the Nicholas Roerich Museum, St John the Divine, Weill Hall, and Zankel Hall. She is a past recipient of arts scholarships from the Leopold Schepp Foundation and the Hilda Mesta Willis Fund. Ms. Bechtold received her Master's Degree from the Mannes College of Music, where she was a student of Felix Galimir. Prior to that, she received a double-degree in Violin and English from the New England Conservatory of Music and Tufts University in Boston. She is on the faculty of Greenwich House Music School in NYC.