Vintage Machines is a series of pieces utilizing vintage video game systems to make music. New computer and video game systems are released at regular intervals, often before the full limits and possibilities of existing systems are reached. Communities of artists and musicians use these legacy systems to create new work. My own work with the Nintendo Game Boy began in 2006 through a collaboration with choreographer Boris Willis titled Abandoned Revolution—a dance work that incorporated video game story elements. I composed and performed a score that supported the dance and added emotional underpinnings to the story elements in his piece. My work since then has focused on the Gameboy as a performance and production tool. I have presented new work in concert halls, clubs, and on air, including an 8-channel surround sound piece that was premiered at Electronic Music Midwest and then presented at Stony Brook University and at Circuit Bridges in New York.

Often, the use of these gaming systems to make music is rooted in nostalgia. I try to explore beyond that impulse. Using a legacy system in the context of current and emerging media and practices embraces the limitations of the earlier technology in the pursuit of self-expression. Within these limitations—such as the Nintendo Game Boy’s severely limited sound crafting capabilities—I find the landscape of possibilities inspiring and fertile, and capable of expressiveness.

To date, most of the projects have used original model Nintendo Game Boys running Nanoloop (a step-sequencer created by Oliver Wittchow). Others have used a variety of Commodore 64 Emulators. Future projects will explore Commodore 64 emulators and hardware, and possibly an original Merlin game. 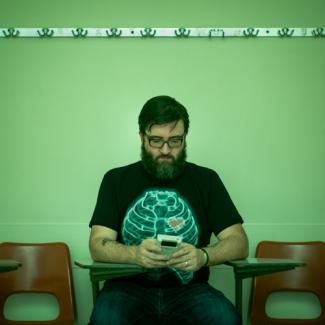